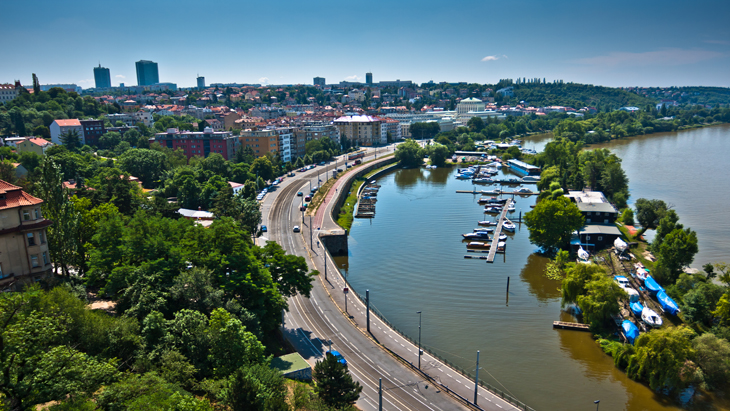 Veslařský or Rowing Island is a river island in Prague-Podolí. It is situated on the banks of Podolí roughly opposite to the Imperial meadow. The island was mentioned as early as 1420. It was created mainly by siltation of sand during the occasional blocking of the river bed by ice.The Schwarzenberg family set up a small raft harbor here and warehouse for wood harvested in the Bohemian forest Šumava.

After the importance of rafting had declined, the island gradually transformed into a sports harbor. There is a clubhouse, boathouse and other water sports equipment there, mainly used for river sailing, rowing and canoeing (hence the name). Moreover, the the renowned regatta of the Prague Mayor traditionally starts here. The island was artificially extended by sinking a cargo ship in order to speed up storage of river sediments. The island is connected with the right bank of the Vltava River by a bridge made ​​of concrete.