The Pilgrimage Church of St. John of Nepomuk at Zelená Hora 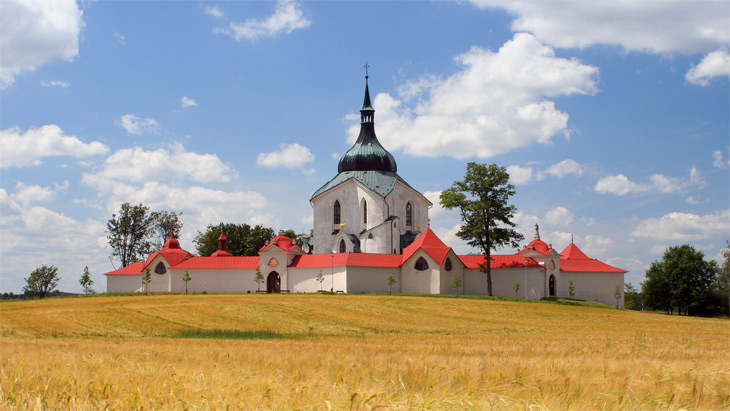 The Pilgrimage Church of St John of Nepomuk at Zelená Hora is one of the most fascinating religious buildings in Europe. This UNESCO monument is situated in Žďár nad Sázavou, Czech Republic, near the border between Bohemia and Moravia.

According to the legend five stars appeared above his head and since then, the number five has become a symbol of this saint. The church is characteristic of these symbolic features, with "the number 5 being dominant in the layout and proportions" of the church. It is a place which will amaze you with its complex symbolism and unique architecture.

Kroměříž is a beautiful Moravian town that stands on the site of an earlier ford across the River Morava. The town’s landmark is the Baroque Palace and garden, where certain scenes ...