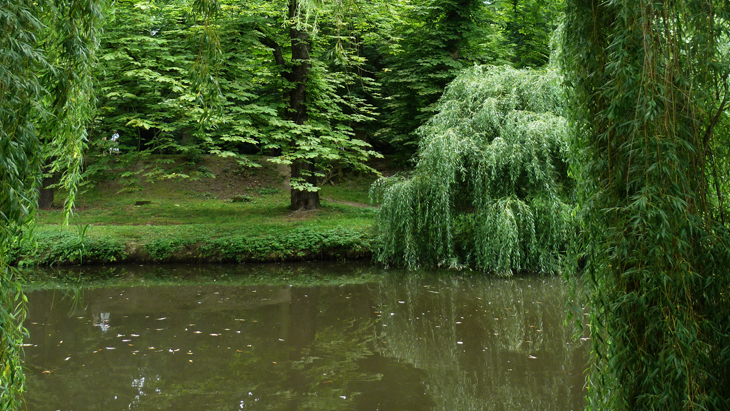 Tired of sightseeing among the crowds of people? In need of a calm and relaxing spot? Then look no further!

Just a few tram/metro stops away from the center, Stromovka park is a perfect place to blow off steam after a long day walking and sightseeing. This large and lovely old deer-park full of threes which actually gave it its name - Stromovka means “place of trees” - is ideal for strolling, skating, cycling, jogging, or picnicking. It is here for you to relax and get some fresh air.

Noteworthy is the history of this park that goes back to the year 1268 when the Czech king Přemysl Otakar II established a royal hunting park there. Later, in the mid 16th century, the park was newly planted and a big pond was created in the central area of the park. During the reign of Rudolf II the park was enlarged and a tunnel was drilled under Letná to supply the pond with water. Another pond was created and exotic animals and plants were brought to the park. However, during Maria Theresa reign, almost everything is the park was cut or burned but the fear that the park wouldn’t exist anymore were dispelled by Czech noblemen who renovated it.

The park was opened to public in 1804, but another catastrophe ensued in 2002 when it was badly damaged by floods. Renovated it opened to the public again in April 2003. Today the 95 ha big park is a place where you can spend free time all year round. When it snows the park changes into winter wonderland, in summer children can enjoy a raft on the pond or play on the playground Kaštánek. The original hunting lodge is now a seat of the National Museum Department of newspapers and magazines. The nearby Planetarium is also worth a visit.