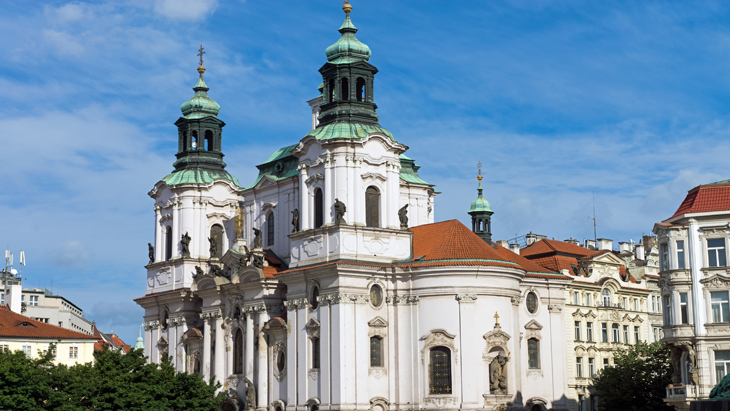 Contrasting with the spiky, angular Týn Church is the curving Baroque façade of St Nicholas Church, crammed into a relatively narrow site on the opposite side of Old Town Square.

Built by Kilian Ignaz Dientzenhofer in just three years, between 1732 and 1735, the church replaced a place of worship established by German merchants in the 13th century. It became the parish church of the Old Town until Týn Church was finished.

Later on, the church became the property of the Benedictines, who commissioned Dientzenhofer to a build a Baroque replacement. Unlike most churches of this period, the interior is relatively plain, partly because Emperor Josef II turned the church into a storehouse and the furnishings were removed. St Nicholas Church is open to the public and is also a concert venue.