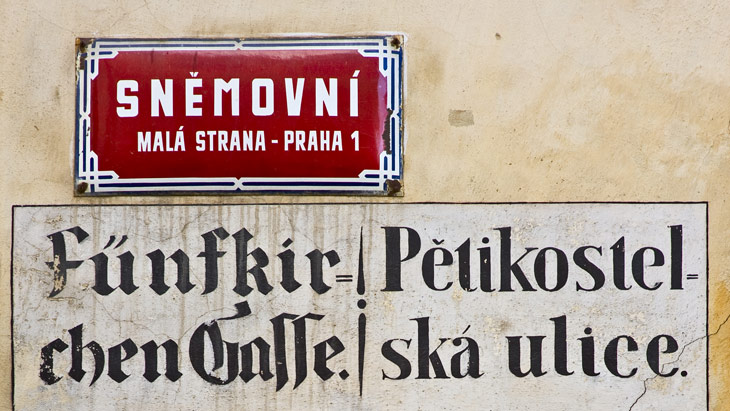 Sněmovní Street, which in the Romanesque period was the site of a market place below the Prague Castle, connects the Lesser Town Square with the Valdštejn Square. It measures about 220 meters and in the northern part it is also linked with the dead end but cute little street  U zlaté studně (At the Golden Well).

The history of the area, in which the Sněmovní street is located, has been linked to the history of the Prague Castle since the earliest times.There was a number of churches and other significant buildings. The street has had many names throughout the history. In the 14th century, the names used for the whole site was “Under the Walls of the Prague Castle.” In the 18th century, part of the street was called the Parish Square or the Parish ground, the northern part was called Pětikostelní.

The current name is derived from the palace built by Count Thun Maximilian in 1696 - 1720 (No. 176). In 1801 the palace became the property of the Czech estates and was used as the House of Parliament. The name Sněmovní has been officially used since 1891. During the German occupation in the years 1940 - 1945, the street named Pětikostelní. Currently, it houses the Chamber of Deputies of the Czech Parliament and there is a stunning view of Prague Castle from there.