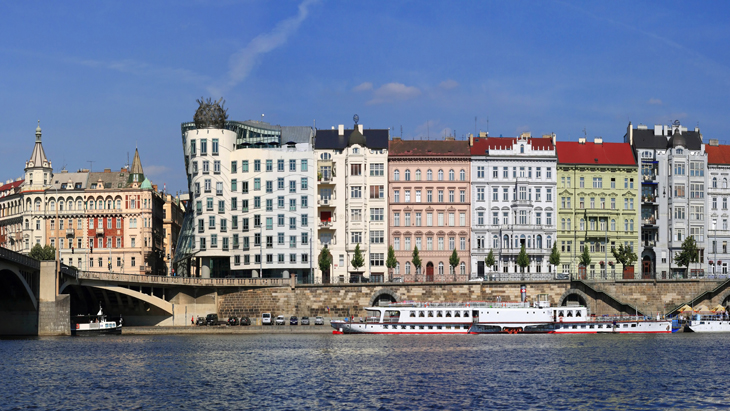 Rašínovo Embankment is located on the right bank of the Vltava River between the Vyšehrad tunnel and the Jirásek Bridge. There used to be only a neat path on the site of the today’s embankment, whose northern part got its current appearance as early as in the 1870s. The southern part (starting from the Palacký’s Bridge and leading up to the Vyšehrad tunnel) was constructed at the beginning of the 20th century.

The embankment is one of the best in Prague since it boasts two levels - the upper part is for cars and trams and the lower part - right by the river - for pedestrians, joggers and cyclists. The embankment is 950 meters long and today is a lively place lined up with restaurants and cafés. It is also one of the places from where you can take a river cruise, since the part of the embankment is home to the Prague Steamboat Company. The famous Dancing House is located in the vicinity of the embankment and it thus should not be missed out on any proper visit to Prague.