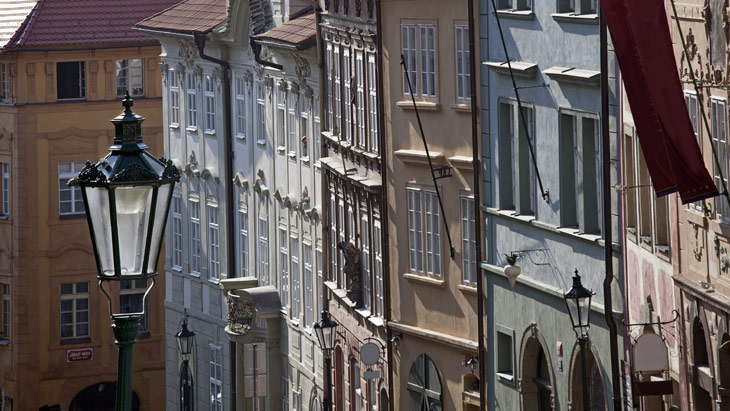 This historic picturesque street connecting Charles Bridge and Prague Castle leads from the Lesser Town (Malá Strana) towards the Prague Castle. Along the street there are ancient burgher buildings, which now house quaint little hotels, restaurants and little shops and also embassies. The most interesting feature of this street are the house signs; house numbering being a relatively recent innovation in Prague and were first introduced in 1770. Before that houses were recognized by their signs and this streets boasts a great collection of them.

This charming street was named after the 19th century Czech writer and journalist Jan Neruda, who lived in this street between 1849 and 1857. This prolific author wrote many stories about this Prague district.

He lived in the house At the Two Suns (no.47) at the upper part of the street. Moreover, his name is also connected with the house At Three Black Eagles (no. 41) where Neruda lived after the death of his father. Apparently, he wrote his first collection of poems in this very house.