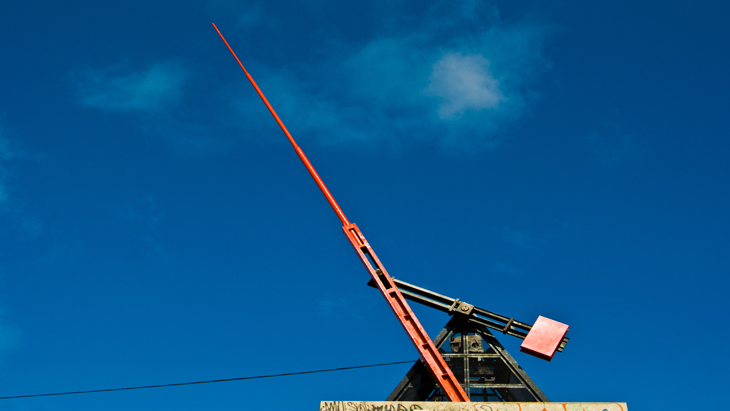 Located on an embankment overlooking the meandering Vltava River, Letná Park is a large woodland space on a plateau above Prague that offers magnificent views of the city. Thanks to its size Letná Park is a perfect place for outdoor activities such as jogging, roller-skating, cycling and it offers lots of secluded areas that are ideal for a picnic or relaxing under the trees with a book.

You cannot miss the dominant, unusual object in the park: a giant ticking metronome, recognition of time, located at the base of the park and erected in 1991. This was once the area that held the largest monument to Stalin in Europe (15.5 meters in height and 22 meters in length), it was erected in 1955, but it was blown in 1952. This monstrous monument featured a woman farmer, a labourer, and a soldier, with Stalin leading in the front of the group. The only remaining pieces of the monument are the large slabs now hosting the metronome, and some crumbling marble stairs and metal railings, which provide a popular spot for local skateboarders.

Letná Park once was the site of big demonstrations against Communism, in November of 1989 around 75,000 people protested in the park. At the western entrance of the park there is a beautiful cast-iron Hanavský pavilion, a cute little new Baroque structure built specifically for the Jubilee World Exhibition in 1891, now a popular restaurant and a great place to have a fancy piece of cake and a tasty cappuccino, while gazing down upon the city of Prague and all the bridges. Last but not least, Letná’s large beer garden is one of the most popular hang out spots with both locals and tourists. During the summer evenings the beer garden is filled with chatter of  people enjoying the cool beer while watching the city unfold before their eyes.