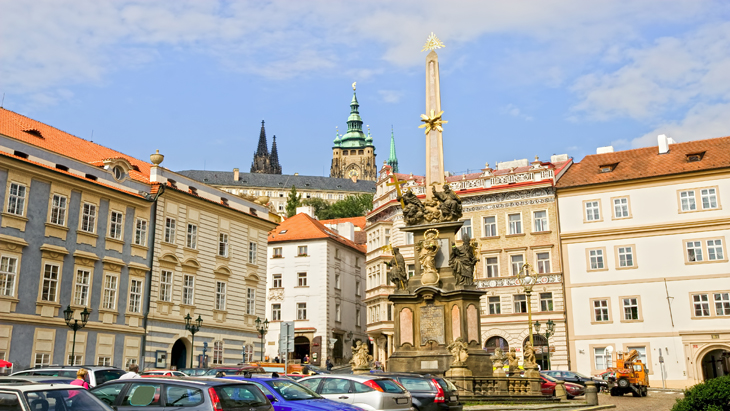 Round the corner from Old Town Square, Malé Naměstí, as its name suggests, is more intimate than its neighbour, but the architecture is no less impressive.

The centrepiece is a wonderful fountain with a Renaissance grill dating from 1560, and grouped around it is an ensemble of houses from various periods. Two of the most striking is the House at the Three White Roses (U tří bílých růží) and Rott’s (U Rottů), a Neo-Renaissance house from the end of the 19th century. The cellar contains the ground floor of a Romanesque house; the façade is adorned with scenes painted in the style of Czech artist and writer Mikolaš Aleš.

On the other side of the square is Richter’s House (Richterův dům), rebuilt in the 18th century. The house was also home to one of Prague’s first pharmacies.