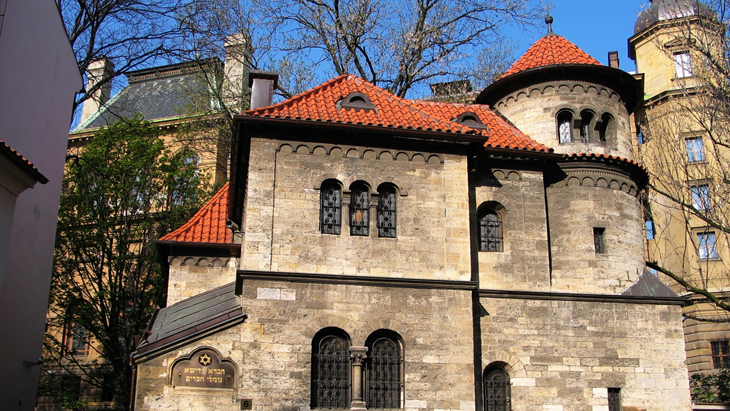 Near the entrance to the Old Jewish Cemetery is the Klausen Synagogue.

It was founded in the 17th century by Mordecai Maisel on the site of a number of small buildings (klausen) and where Rabbi Löw taught at the beginning of the same century.

Today, the synagogue is now a museum devoted to Jewish life and traditions, and explains Jewish practice and festivals.

Designed by Jan Gerstl and constructed in 1911-12, the Neo-Romanesque Ceremonial Hall and Mortuary of the Old Jewish Cemetery was built for the Jewish Burial Society. Now part of the Jewish Museum, the ground and upper floors of the building house part of a permanent exhibition on Jewish customs and traditions

The Ceremonial Hall is covered by an all in-one ticket for all the attractions in the Josefov apart from the Old-New Synagogue.