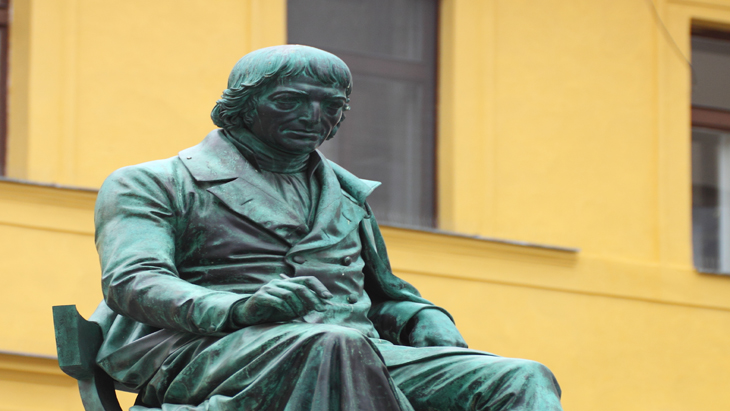 The area of today's square existed outside the walls of the Old City in the Middle Ages, when it was called Na Písku ( as in “On the Sand”). The square was named after Josef Jungmann in 1878, when a sculpture of this national revivalist was placed there. He owned a house, the second one south of the square) in the adjacent Široká Street (today’s Jungmann) owned a house (now No. 749/32, was second house south of the square), where he lived and died in 1847.

Back then it was a busy traffic junction and the monument was situated in the middle. In 1985 a pedestrian zone was established  and due to the construction of the subway the statue had to retreat slightly to the side. The square of an elongated irregular shape is located east of the northern end of the street Jungmann.

Part of the square is bordered to the south by an insurance building No. 750/19, to the east there is the building of the Franciscan monastery, which also forms the entrance wing of the Church of Our Lady of the Snow. In the corner between the two buildings, there is the main entrance to the astonishing Franciscan Gardens. On a street corner of Jungmannova Street and National Avenue there is the Adria Palace, which closes the square of the southwest. Today, there are many cafés and shops located  in and around the square and the above mentioned Franciscan Gardens are definitely worth visiting.