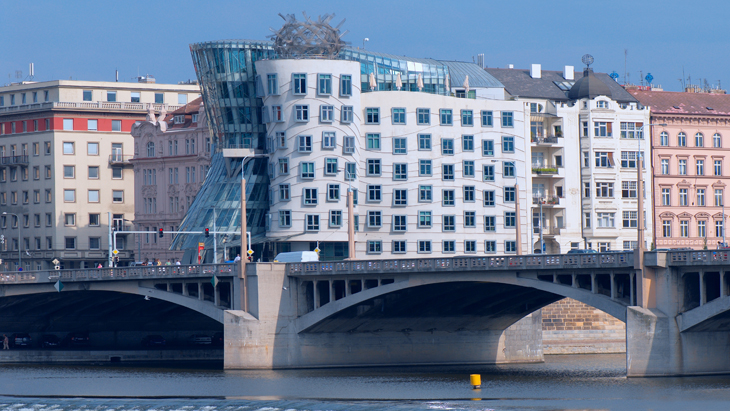 Jirásek Bridge is the sixth bridge across the Vltava River in Prague and has seven parabolic arches that are composed of several ribs fixed on the piers. It is 310 meters long and 21 metres wide. It was built due to the turbulent development of the district of Smíchov, which  found Palacký Bridge as the only connection with the rest of Prague insufficient.

Construction began in 1929 according to a project of architect Vlastimil Hofman and ing. František Mencl. There are five concrete upstream pillars, each 4.6 meters wide, lined by granite blocks, connecting six arched fields with a span of 45-51 meters. At both bridge heads, there are lighting pylons, each 13.5 meters high, decorated by fountains and obelisks, by a distinguished architect Vlastislav Hofman.

The bridge was first opened as a central line with tram rails in 1931, and later, on the eve of the 15th anniversary of the establishment of Czechoslovak Republic in 1933, the entire bridge with its then impressive width was open. The rails were later removed as the tram line proved to be unnecessaryy.

The bridge was named after Alois Jirásek, who lived in house N. 1775 in today’s Jiráskovo square in the year’s 1903 - 1930. This Czech writer and politician, most famous for his Ancient Bohemian Legends, had a monument by Karel Pokorny installed at Jiráskovo náměstí in 1960. 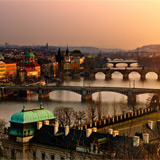 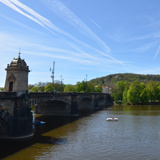 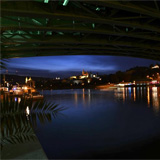 Čechův Bridge is the tenth and the shortest bridge over the Vltava River in Prague. The bridge was built between 1905 – 1908 by engineers Jiří Soukup, Václav Trča ... 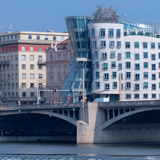