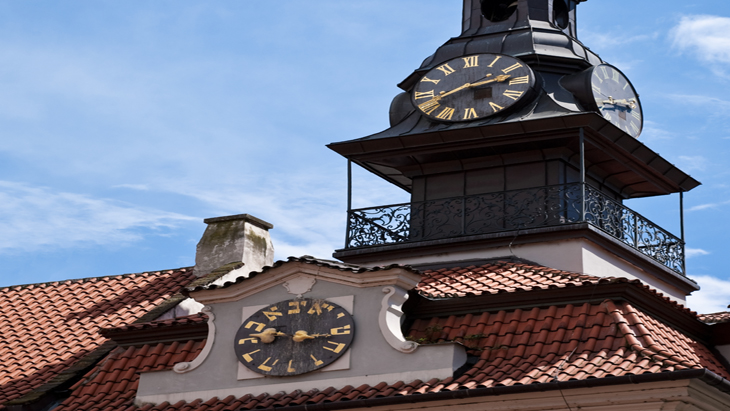 Close by the Old-New Synagogue is the Jewish Town Hall, whose history goes back to the 16th century; the present, Baroque structure dates from a later period. It houses a community centre and a kosher restaurant.

A notable feature is the clock on the gable, which runs “backwards”, like the Hebrew script, contrasting with the belfry, whose clock faces run clockwise.

Next door is the High Synagogue, which has a very plain façade. In contrast, the interior is highly ornate and is now used for religious services. It is closed to the general public.