House at the Three Little Fiddles 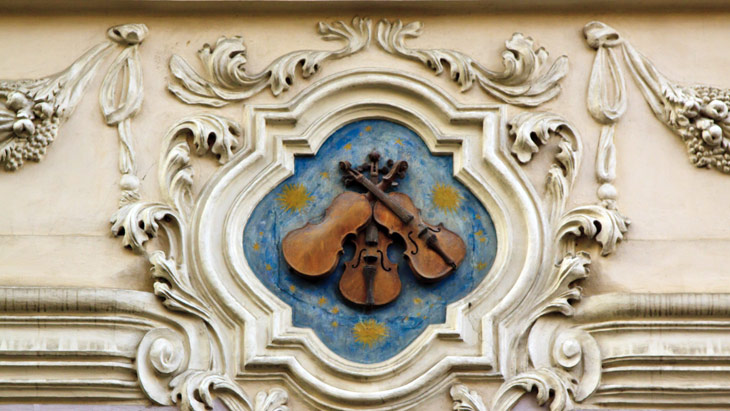 House at the Three Little Fiddles, originally a Gothic building that was rebuilt in Renaissance style during the 17th century once belonged to a family of violin makers. The history of the house dates back to the Middle Ages, it was built in the 14th century. The house is situated in the famous Nerudova Street and you are most likely to pass it on your way to Prague castle.

The originally Gothic house was destroyed by the fire that broke out in the nearby Sternberg Palace (Šternberský Palác) in 1541, which damaged most of the houses in Lesser Quarter. From the Renaissance style, the house was rebuilt in the Baroque style around 1780, with preserving the portal.

The house sign of three crossed violins in a Baroque frame is from the beginning of the 18th century and stands as a symbol of the three families of violin makers who owned the house in the 17th and 18th centuries.

The most famous owner was the violin-maker T.Edlinger, well known as the founder of Prague violin-making school. There is also a legend connected to the house – it is said that at a still night a violin can be heard played by the Maestro Paganini himself.

Today, the building houses a hotel and a wine tavern on the ground floor.