The House at the Stone Bell 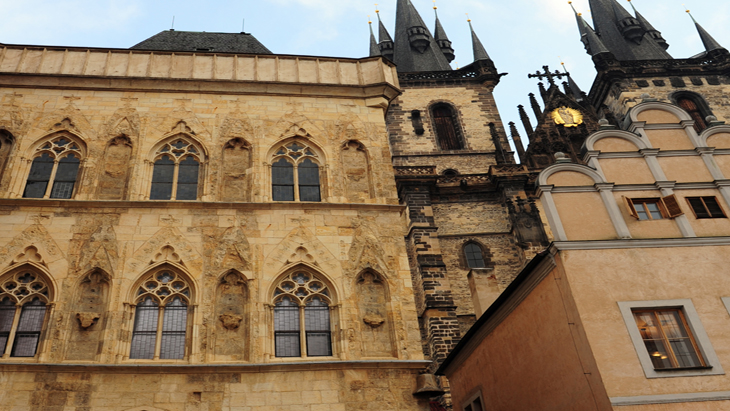 Situated in magnificent Old Town Square, this remarkable Early Gothic house “At the Stone Bell” is one of the most interesting medieval buildings in Prague. Built in the 13th century, most probably for the Royal family, it boasts with a frontage that was one of the most beautiful in Europe at the time.

This original front was preserved thanks to the extensive restoration project. According to one legend, the name of the house comes from  a bell that fell from Týn Church and was placed on the corner of the Gothic structure in 1413. Another story tells that a stone bell was placed there to remind a historical event from 1310, when the Queen Elisabeth’s parson used a bell to give a sign to the future king John of Luxembourg that he can come with his army and settle in Prague.

The house was rebuilt in Baroque style, but it was decided to restore it in its original Gothic look in 1961. During the restoration, fragments of wall paintings were renewed and there are two chapels now. Today, the House at the Stone Bell houses various concerts and regular art exhibitions of modern contemporary visual art for the City Prague Gallery.