House At the Golden Sun 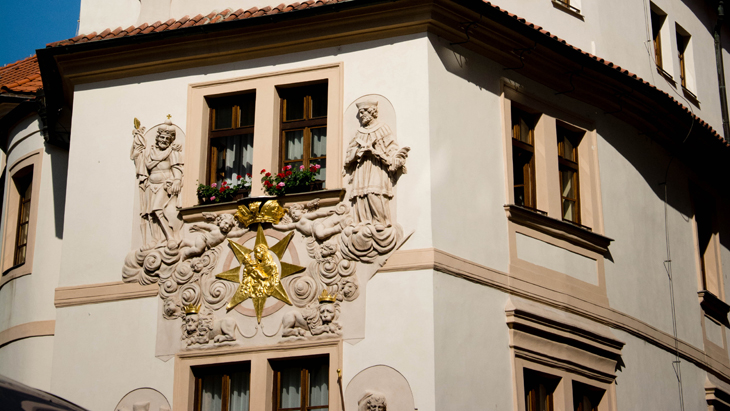 House at the Golden Sun is a Renaissance town house standing on the Gothic plot and is located in Valdštejnská Street, Prague 1. The interiors have undergone significant reconstruction in 1786, the facade was fixed in the 19th and 20th centuries. Among its significant  owners was for instance the silver valet of Rudolf II. Havel Oberšverder his grandson, the painter Jan Kryštof Krystle, whose work you can admire in Martinická Chapel in the Holy Mountain in Příbram.

The most famous surviving original building block is the entrance portal with the house sign  - the golden sun. After 1964 the building was connected to nearby house No. 160/III. Today it houses the National Pedagogical Museum and Library of J. A. Komenský, and there is also an exhibition "Komenský’s Legacy: Traditions and Challenges of the Czech education to Europe" dedicated to the Czech education system.