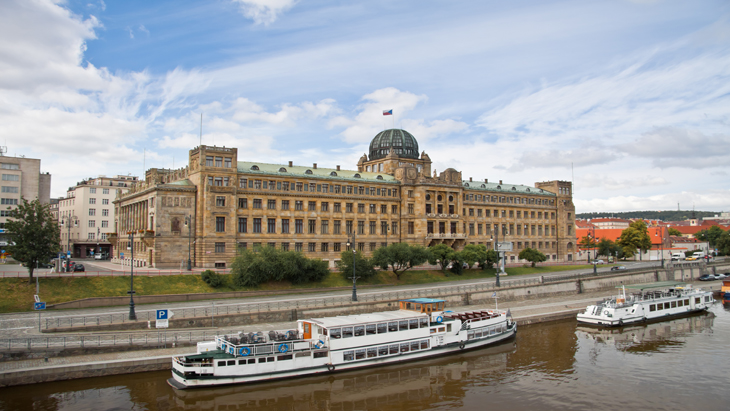 The Dvořák Embankment is situated in the right bank of the Vltava river between the Aleš Embankment and the embankment of Ludvík Svoboda. Built during the redevelopment in 1904, it has been named after one of the greatest Czech composers, Antonín Dvořák.

It is roughly 250 meters long. Originally, on the sight of today’s Pařížská Street there used to be a square, which was called Svatojánské in the 18th and 19th centuries. The legend tells that is the place where the river washed away the body of the martyr John of Nepomuk, who was thrown into the river from the Charles Bridge.

Today, by the Dvořák embankment there is the biggest dock for the ships and steamers of the company Prague boats, the biggest operator of the shipping industry in Prague. The junction above the embankment is also one other most important traffic hubs in the city.