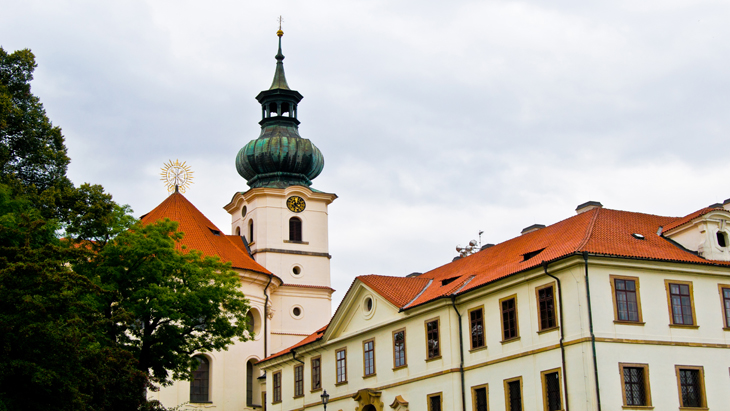 The monastery was plundered by the Hussites and then again during the Thirty Years War. Its current Baroque appearance stems from the eighteenth century and was realized gradually according to the project of Kryštof Dientzenhofer and his son Kilián Ignác. At the entrance, there is a gateway, which was built by Kilian Ignác in 1740, and is decorated with a statue of St Benedict and little angels, the work of Karel Josef Hiernle.

The temple was built in 1708 – 1735 according to the project of Kryštof and Kilián Dientzenhofer and it is a demonstration of Bohemian high Baroque building construction. Interestingly, this is the first Prague church that received an honorary title Basilica minor by pope Pius XII in 1948. The unique main altar from 1718 boasts with sculptures and paintings by such prominent artists as Matouš Václav Jäckel and Petr Brandl. A pre-Romantic crypt from around 1040 was discovered after archaeological research was carried out under the choir.

There are magnificent extensive gardens adjoining the monastery, the location of the abbot’s summer house Vojtěška, again, the work of Kilián Ignác Dientzenhofer from 1722 – 1725.