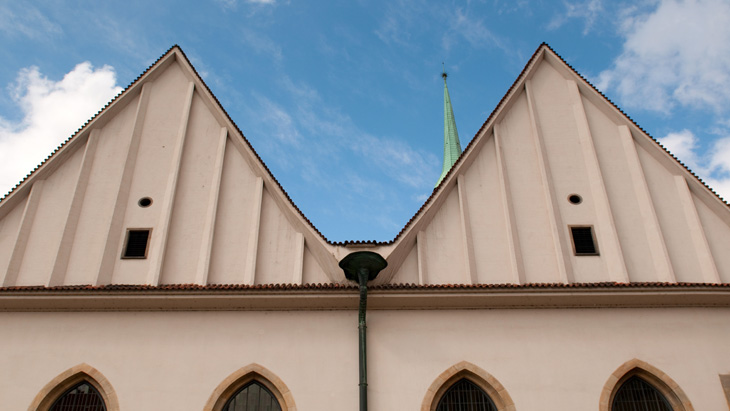 Bethlehem Chapel situated on Bethlehem Square, a delightful little square in the heart of the Old Town, is a place of great importance because of the reformer and Czech national hero Jan Hus, who used to preach there in the 15th century. It has a torrid history, one which reflects the many religious wars that had great impact on Prague and the Czech lands. The Chapel was a birthplace of reformative movement in the Czech Kingdom.

Demolished in the 18th century with only remains of the walls preserved, it was rebuilt according to the original plans in 1950s. Originally built in 1391 by courtier Hanus of Mühlheim and tradesman Václav Kříž, who donated relics for the chapel – probably the relics of one of the murdered Bethlehem babies, thus the origin of the chapel’s name.

The Chapel became very popular because of the reformer Jan Hus, whose reformative movement grew here, and it escalated when he was burnt as heretic in 1415, his execution leading to the Hussite wars. After the end if the Hussite wars, the Chapel remained a center of Protestant Church, although the rebellion of Protestant nobles was defeated at the Battle of White Mountain in 1620 and the Church of Rome confiscated the chapel. Jesuit order bought it then in 1661 and made it a Catholic church.