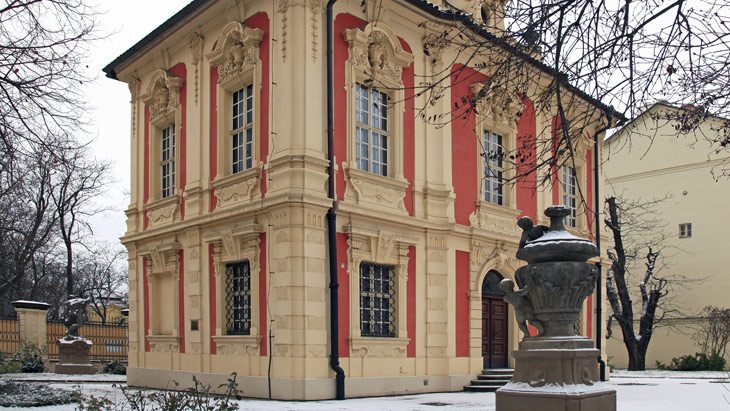 Antonín Dvořák Museum in Prague is an institution that documents the life stories and artistic and educational activities of the Czech composer Antonín Dvořák. The exhibition is part of the Czech Museum of Music which is part of the National Museum. The museum contains a variety of documents and monuments (musical instruments, music autographs, correspondence, written material, artwork, historical photographs, programs, posters, etc.) related to this composer.

Visitors to the museum can simultaneously hear excerpts from the author's most famous works. Since its origin in 1932, the museum is located in a Baroque summer house “America” in Prague 2, Charles street. This baroque building is the work of Kilian Ignaz Dientzenhofer, who built it in the years 1717-1720, and unverified source says that the architect found inspiration in France.

Although the building is now located in Charles street, in the 19th and 20 century the street was named after the architect Dienzenhofer. The designation "America" also comes from the second half of the 19th century. In addition, the museum also organizes the annual ceremony on the eve of the day of his death (1 May) at his grave in the Vyšehrad cemetery just south of the New Town district. There is also a matinee celebration on his birthday at his birthplace in Nelahozeves. The museum also takes care of the village house of his son-in-law, the composer Josef Suk.