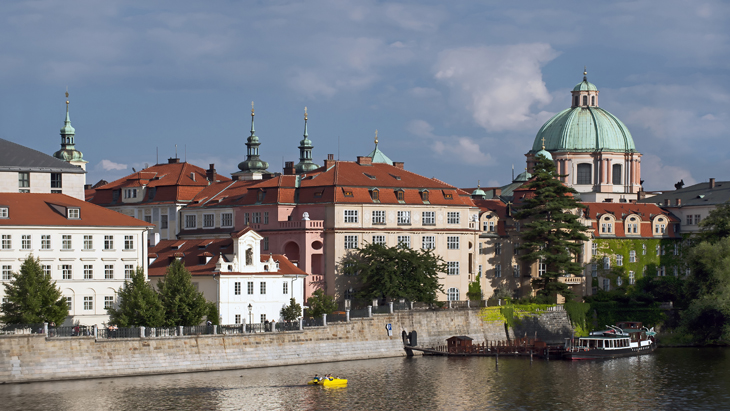 Aleš Embankment lines the right bank of the Vltava river between Platnéřská street and Na Rejdišti street. Since it is situated right by the concert hall and gallery Rudolfinum you will find yourself surrounded by beautiful architecture while having a wonderful view of Prague Castle.

The embankment is at a site where the used to be a ford joining the right side of the Vltava river (the place where the Old Town and Jewish Town are) with Prague Castle. Named after Mikoláš Aleš, who was a prominent Czech painter, today probably best known for being one of the painters (together with František Ženíšek) that redecorated the famous foyer of the Czech National Theater.

His famous were mostly praised after his death, and quite a lot of streets are named after Aleš. Interestingly, his work was widely used for propaganda purposes by the later Communist regime during the 1950s. When the weather is nice, the embankment becomes a hot hang out spot for the students of the nearby Academy of Arts and the Faculty of arts of Charles University.